“I am contacting you today with some very unfortunate news regarding a downsizing of our workforce,” President and CEO Princell Hair said in an internal memo obtained by TheWrap. “As you know, throughout this year we have grown at a rapid pace. At the same time, the US economy faces difficult challenges, several of which are having a significant impact on the media industry and the revenue streams that fuel our emerging business. I’m incredibly proud of this team and everything we’ve built and accomplished. Your work has been outstanding, but we have reached a point where considerable adjustment is needed in order to protect the health of our business and move BNC forward.

It was not immediately clear how many staff would be affected by the cuts, but BNC employs around 300 people.

“We kind of thought this was going to happen,” a staff member who wasn’t authorized to speak on behalf of the company told TheWrap on Friday.

In a ranking of 124 cable channels in 2021, BNC tied with Comedy.tv for second-to-last place with an average of 4,000 viewers throughout the year, beating only BeIN Sports. By comparison, the highest-rated cable channel out of the 124 is Fox News, which averaged 2.36 million prime-time viewers each night in 2021.

“Many employees agree that the ratings could have been better if the network had spent money on promotions. People don’t watch when they don’t know a network exists,” the BNC staffer said.

The channel provides 24/7 news, sports and entertainment coverage. The Tallahassee, Fla.-based network is available in more than 50 million US homes through linear systems, the network says on its website. 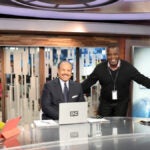 Former Oklahoma Republican Congressman JC Watts and broadcast veteran Bob Brillante launched the network in February 2020 after more than a decade of planning. Shad Khan, owner of the NFL’s Jacksonville Jaguars, invested $50 million in the chain and now owns a majority stake.

BNC did not immediately respond to TheWrap’s request for comment on the number of employees laid off.

The Best American Whiskey to Drink in 2022 – RIVER COUNTRY

3 hours ago Eddie A. Tirado

19 hours ago Eddie A. Tirado

Despite Western weapons, Ukraine is under-armed in the East