Kari Lake, the Republican candidate for governor of Arizona, angrily hit back on Tuesday at allegations that she mocked the brutal attack on Paul Pelosi and said she was a victim of “fake media “.

A day earlier, she was roundly condemned when her rally audience mocked her account of the hammer attack on President Nancy Pelosi’s husband.

Far-right websites and conspiracy theorists have tried to suggest there may be more to the attack than meets the eye.

A day after sparking outrage, Lake told DailyMail.com she was making a serious political point.

“I never made light of the attack,” she said after a rally in Chandler, Arizona.

“Go back and watch the tape and don’t do any creative editing, like fake media tends to do, and you’ll see what I was saying.”

Kari Lake, Republican candidate for governor of Arizona, defended her comments about the hammer attack on Paul Pelosi, saying she was not shedding light on the incident. 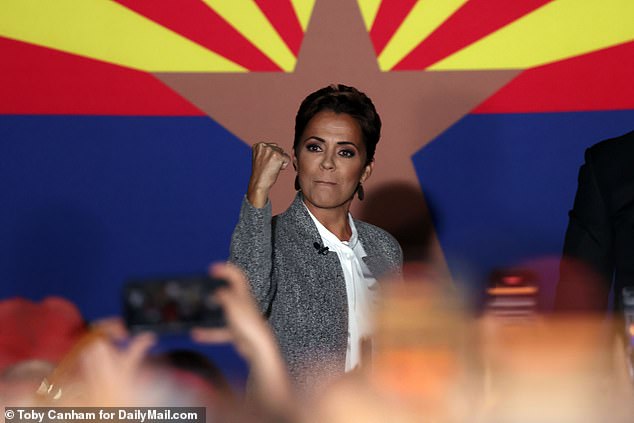 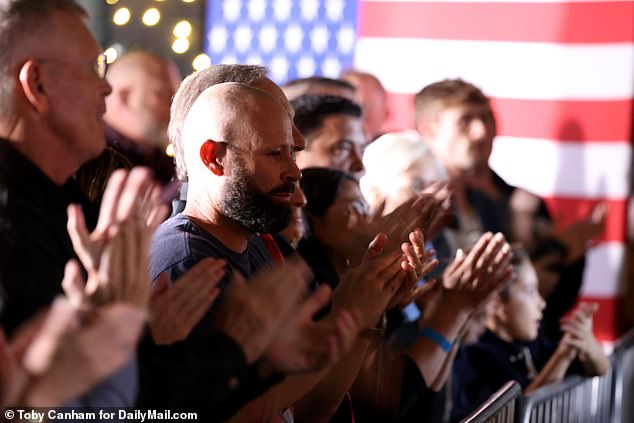 The rally, outside a steak house in Chandler, Arizona, opened with prayers

She also said she couldn’t do anything about her audience’s reaction.

The latest polls suggest Lake – a longtime anchor on Arizona TV screens as a news anchor, now a candidate who has embraced Donald Trump’s campaign conspiracy theories – has taken the lead in the race for the governor’s mansion.

A Fox News poll on Tuesday showed Lake one point ahead of Democratic candidate Katie Hobbs.

It comes as Republicans across the state and across the country have closed the gap on their rivals or pulled ahead.

She told a crowd of around 1,000 that she was on track to win the election next Tuesday as she lambasted the media for attacking her.

‘And there’s a reason why 100% of the mainstream media, 100% of the stories they write about me are negative and misleading and filled with slander and defamatory statements because they’re so scared I’m going to walk in there and do what I say I’m going to do what is to secure the border and make Arizona safe again, for our families and our children,’ she told a crowd outside a steak house, on a patch of astroturf lined with palm trees.

She repeated some of her craziest claims, including questioning the COVID-19 vaccine. 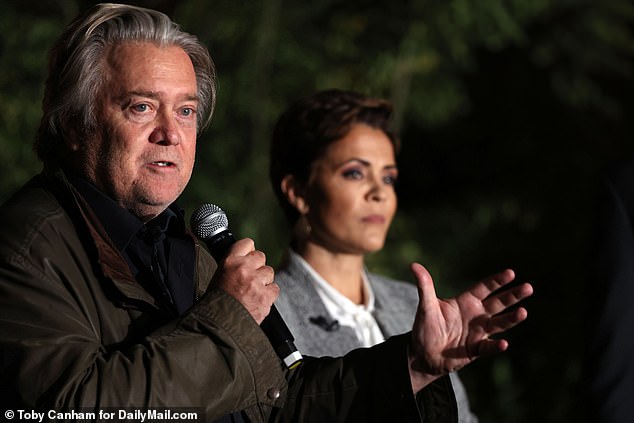 Lake was joined on stage by a surprise guest, former Trump White House chief strategist Steve Bannon, who took his radio show on the road as the midterms approached.

“First of all the COVID vaccine, everyone I know who has had COVID has had the vaccine.

“Now I’m not a scientist, but everyone I know who’s had a bad case of COVID has been in shock.”

And she repeatedly attacked the media, urging her followers to turn around and hurl abuse.

“So guys, when you attack me, fake news, you attack the people of Arizona,” she said. 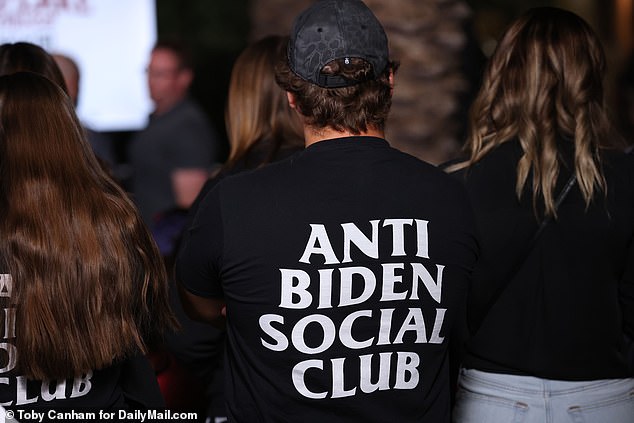 “We are not asking for much. We want to know that our legal vote counts and we are going to get it with Governor Kari Lake.

She brought a surprise guest onstage, introducing former Trump adviser Steve Bannon, who was found in contempt of Congress last month, as a “modern-day George Washington.”

He called on the crowd to send a message to the world.

“We don’t just need a win. We need a declaration of victory,” he said.

22 hours ago Eddie A. Tirado

MEDIA: When are we going to criticize media coverage of ram raids?

3 days ago Eddie A. Tirado